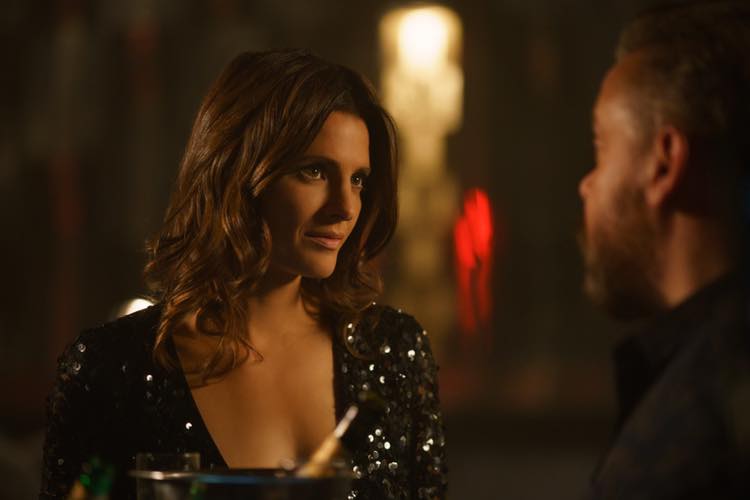 WARNING: This article contains spoilers for Absentia season 2 that may influence your enjoyment in discovering the plotlines. Read at your own risk.

Absentia season 3 is happening at Amazon, and the writers are, in fact, at the beginning of production at the writers’ room. Stana Katic hinted that work is underway for the psychological drama series following the premiere of the second season last June at Amazon Prime.

In a post on Instagram, Katic shared a photo of the writers’ room where a clapper was on display at the table. On it were the words “Absentia Season Three,” which indicated that the scribes have been pooling their ideas once again for the next season.

Though Amazon has not yet officially confirmed Absentia season 3, Deadline reported that the streaming studio is actually in the middle of finalizing the renewal. The news outlet also confirmed that the production people are prepping up in Bulgaria, which has been the same location as the first and second season.

Meanwhile, Absentia season 2 dove deeper into the identity of Emily (Katic) as she tried to reconcile those missing years in her life. Katic described the story of the second season as a lot similar to the classic mythology of “Odysseus.”

“[Emily] may not be a soldier, but in some ways she is, and she’s returning from a version of war,” Katic said, per TV Guide. “Much like Odysseus, there are psychological tests and trials along the way to her coming home and having dominion over her own body, her self, of having a say in future steps with her own being – not necessarily anyone else’s, but just herself.”

Absentia season 3 will likely explore more of Emily’s post-traumatic stress disorder (PTSD) which has been slowly peeling in the last season. Now that she has found key people to trust, can she trust herself and her choices this time around?

While not popular among mainstream viewers, Absentia has a steady and loyal fanbase, especially in European regions. The show airs first in Austria, Germany, U.K., Italy, the Netherlands, Australia, Israel, India, South Korea, Turkey, and Singapore. The series has also been broadcasting in Spain and Russia before it had hit the U.S. audience when Amazon acquired the show in 2017.

Absentia has been created by Gaia Violo and Matt Cirulnick. It follows a former FBI agent who has been deemed dead after hunting down a serial killer. Six years later, this agent emerges in a cabin without any recollection of how she got there.