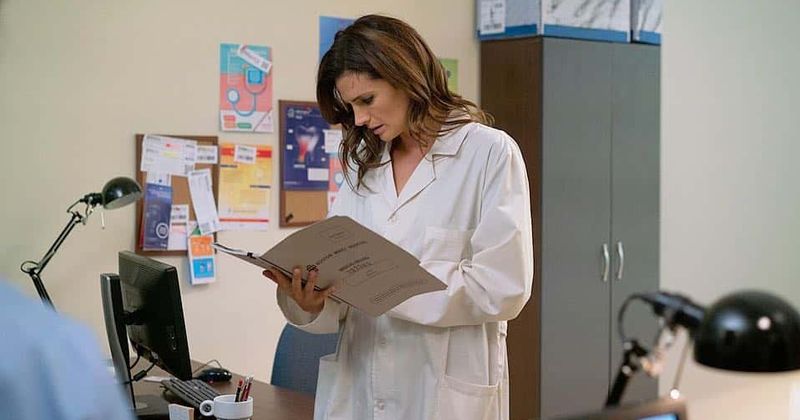 Amazon’s show ‘Absentia’ starring Stana Katic as FBI agent Emily Byrne has been greenlit for season 3 and the actor, who is also one of the executive producers of the show, confirmed the same on Instagram. She shared a picture featuring a board with ‘Absentia season 3’ written in block letters and captioned it, “Just gonna leave this here… #WritersRoom.”

Before season three was announced, in an exclusive interview with MEA WorldWide, speaking about the third season, Katic feigned ignorance and asked, “Has the season three been announced?” and upon further quizzing she had said, “There are a group of writers who are gathered together to discuss what a potential season three would look like, that’s what I can tell you. I’ve given you that.”

She also spoke about the character of FBI special agent Cal Isaac played by actor Matthew Le Nevez and said, “He (Isaac) comes off as strong and direct with Emily originally in that he doesn’t suffer any fools. He’s going to be reliant on this person who is being tasked as his partner and there’s definitely a moment of trial but it’s really interesting that he spends a lot of time in the first few episodes just observing the feral creature that he’s being sort of attached to and some sort of understanding develops. I don’t doubt that that understanding and that capacity to see through a lot of the extraneous is connected to his own past, you know which we touch on lightly this season. But, I would imagine we would dig deeper as we move forward.”

So we know that there is more of special agent Isaac in the episodes to come! ‘Absentia’ season 2 had premiered on Amazon on June 14 and the season revolves around FBI agent Byrne who has unearthed a thread of truth behind her kidnapping but is not convinced that everything is really over. She follows this thread and gets involved in a parallel-serial murder investigation.