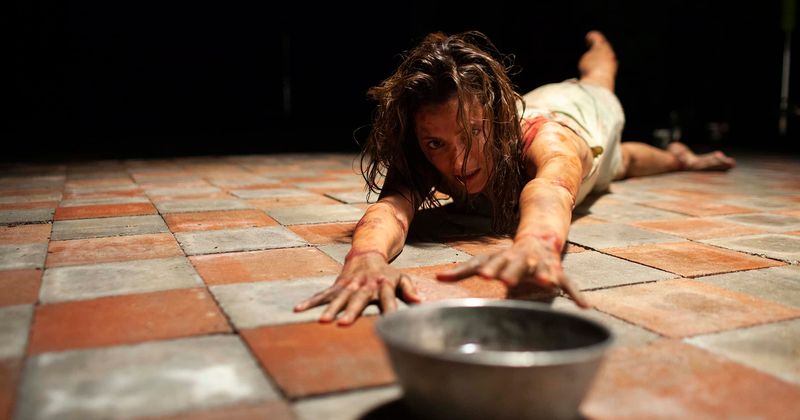 ‘Absentia’ actor Stana Katic in this exclusive interview with MEA WorldWide (MEAWW) explained the motivation of her character Emily Byrne in Season 2.

‘Absentia’ the Amazon psychological thriller is in its second season and the lead character, Emily Byrne, is currently one of the most interesting and layered characters on TV right now. She is the antithesis of the good, straight-arrow detectives we have seen. She is as gray as it can get and is a great subject to study if one wishes to understand how a federal agent who is not mentally stable navigates and unravels investigations in search of the truth.

This brilliant character was brought to life by Stana Katic and in an exclusive interview with MEA WorldWide (MEAWW), she breaks her character and Emily’s relationships in ‘Absentia’ down for us. Katic was excited to play an anti-hero from the beginning and that was one of the draws for her. “I felt as a viewer myself, I’ve really enjoyed a lot of performances from other actors who played anti-heroes and I was looking forward to this opportunity to play a character [that] maybe walks a very grey moral line. Just like I enjoyed watching a Cillian Murphy in Peaky Blinders as Thomas Shelby, just like I enjoyed watching Tony Soprano, so the list goes on,” she said.

“I believe that we are in a phase where human beings are asking for characters that perhaps go through struggles, [and] don’t always make the right choice, perhaps sometimes doing so selfishly, perhaps doing so as an accident and then all that follows. I feel like that’s more reflective of the world,” she added.

“We’re looking to tell stories that are reflective of the world that we live in which includes people of other genders, other races, other age groups, other sexual orientation, other religions than what we always or often see on film and TV. So, in that same vein we’re looking for imperfect people because we’re all human,” Katic explained.

What is going on with Emily right now?

Katic said the revelations of season 1 linger and it influences her state of mind. “It remains a really big question. She’s needing to know whether there’s any truth to it and needing to dig deeper into these lost years in order to regain a sense of identity. That is a tough journey for this character to make. Although she resolved some elements of her time in captivity (season 1), there’s still a lot of questions that she needed answers to, and also the biggest question obviously is, can she trust herself. I think that for all of us, when we look at the season 2 character (Emily), she is engaging in a darker search.”

She further added, “It was important for us to have a character that showcases some of that sort of psychology, some of that duress that she’s going through in order to find these answers. So she is wirey this season in a way that she might not have been after coming out of the tank (at the beginning of season 1). All of those played a part in how we started off season 2.”

“We tried to connect the character’s anxiety to moments of feeling trapped again and anything in the world that echoed a possible risk for life and possibly a feeling of being captive again were trigger points,” said Katic and also added that as a group, the filmmakers tried to be honest to some of the science behind what can make a person panic.

Emily and her son Flynn Durand’s relationship in season 2:

After being abducted himself and later rescued in the season, a lot of what Flynn went through in season 2 is reflective of Emily’s struggle in season 1. As to whether they were drawing parallels between the two, Katic recalled a discussion during rehearsal that she had with actor Patrick McAuley who plays Flynn. She spoke about how McAuley imagined Emily as Batman and Flynn as little Batman. “So even though these two characters didn’t necessarily spend his growing years together there is still the strain of DNA. There’s still the blood connection between the two of them that made them very connected on an almost subconscious and cosmic level,” she said.

Special Agent Cal Isaac, one of the characters introduced in season 2, is tasked with working with Emily on a serial murder case. He is witness to moments when Emily panics and works around her anxiety to solve the case together.

Speaking about this new relationship in Emily’s life, Katic explained, “He comes off as strong and direct with Emily originally, in that, he doesn’t suffer any fools. He’s going to be reliant on this person who is being tasked as his partner and there’s definitely a moment of trial but it’s really interesting that he spends a lot of those first few episodes just observing this feral creature that he’s being attached to. Some sort of understanding develops and I don’t doubt that that understanding and that capacity to see through a lot of the extraneous is connected to his own past, which we touch on lightly this season.”