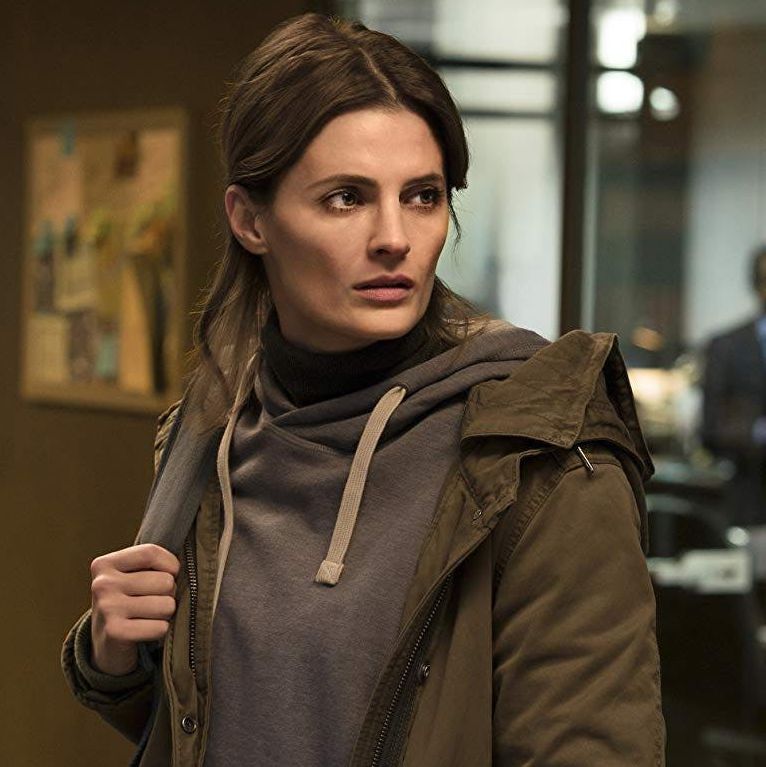 Note: contains spoilers for the first season of Absentia

Starring Castle‘s Stana Katic, thriller series Absentia has just dropped its second season on Amazon Prime Video – and, according to its lead actress, it’s not just the closing cliffhanger to the first season that’s given this new 10-episode run “a whole new drive and perspective”.

The show initially followed Emily Byrne (Katic) as she reemerged after being kidnapped and held hostage for over six years by one of Boston’s most infamous serial killers.

By the end of the season, she had found her captor and got her revenge, but questions still remained over what exactly happened to her during her captivity, with Emily seeing a vision of herself drowning someone…

Speaking to Digital Spy about what’s next, Katic said, “Although we resolved some of the mystery, we did finish on a bit of a revelation for Emily. I think, at the beginning of season two, she has to figure out whether that was some sort of reverberating effect of having been in captivity for so long, or if that is indeed a real vision, a real memory.

“So where season one in so many ways was about us as an audience, and whether we could trust Emily, season two is more about ‘Can Emily trust herself?’, so we experience her psychological journey much more intimately in the second season.”

“It was awesome because we had a whole new drive and perspective on where this show could go,” said Katic, explaining that the new episodes would widen the scope of the series to focus more on the supporting characters.

“We wanted to have the opportunity to not just tell the story of our protagonist, but also dive deeper into Jack (Neil Jackson), Alice (Cara Theobold), Nick (Patrick Heusinger)… and some of the new characters as well, like Natasha Little [playing Special Agent Julianne Gunnarsen] and Matthew Le Nevez [Special Agent Cal Isaac].”

Prior to Absentia, Katic’s last major TV project was the CBS crime series Castle, which generally aired 22-24 episodes per season.

The shorter seasons on her new show, she said, allowed for a greater degree of forward planning in terms of scripting and sketching out the characters’ arcs.

“For Absentia, we shot 10 episodes. We didn’t shoot 24. Shooting 10 episodes means that we can dive a little deeper, because we can really have a beginning, middle and end to the story, almost like a film.

“That was another draw to the story. It wasn’t just the fact that I got to play an antihero; it was also the fact that we were going to shoot, essentially, what would equate to an independent film for television. That was really exciting.